Missouri S&T (known as UM Rolla a while back) has a number of courses that are available through their YouTube channel.  One such course is their GeoEng 341 course, Engineering Geology and Geotechnics taught by Dr. David Rogers. You can [...]

Stay On The Boardwalk! 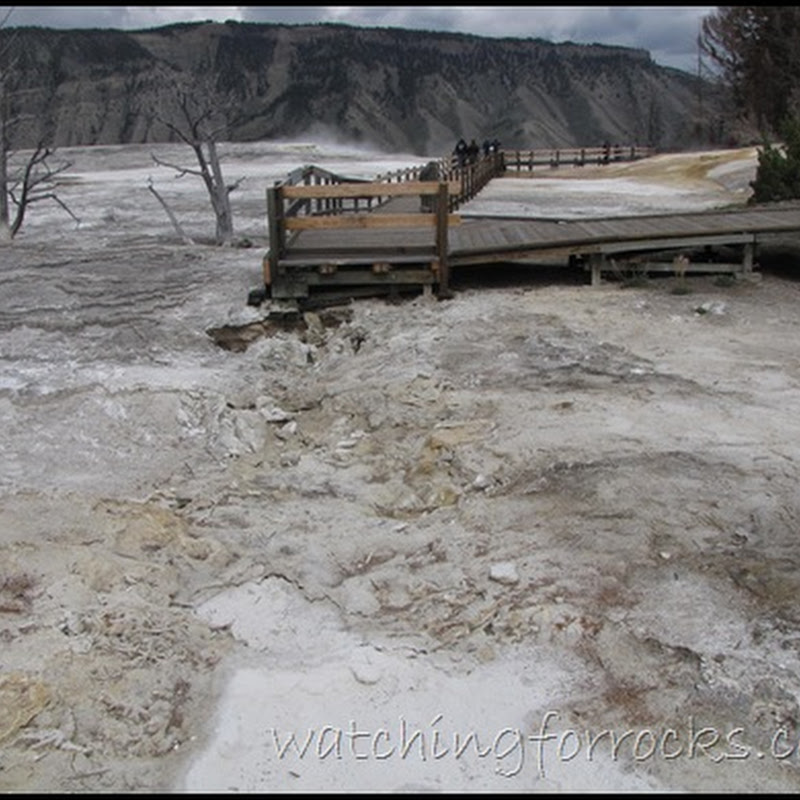 I don’t know about you, but I am totally astounded whenever I see anyone step off the boardwalk at Yellowstone’s hot springs. As a summer seasonal park ranger I see this behavior all the time and can’t help but wonder. What are these folks [...]

Wooster’s Fossils of the Week: Mackerel shark teeth from the Eocene of the Atlas Mountains, Morocco

This week we highlight another gift to the Wooster Geology Department from George Chambers (’79). Among the many fossils that arrived in three delightful boxes were these shark teeth. They are from the extinct Mackerel Shark Otodus obliquus [...]

ICELAND – We spent Sunday morning discussing all of the features that we’ve seen during our reconnaissance investigations. After comparing notes, we defined several lithofacies, or mappable units with specific lithologic features. Our [...]

A Curious Intra-Formational, Angular Unconformity within the Chinle Formation: Part I - A Conspiracy of Events

Within Moab Canyon on the Colorado River between Castle and Moab-Spanish Valleys, the Chinle Formation possesses a spectacular angular unconformity. Its distinctiveness resides both in its intra-formational locale (rather than between two [...]

Sand: an investigation into a disappearance. Shown last night on ARTE, the European culture channel, this superb documentary by Denis Delestrac has already made waves. It has also provided me with a great deal of pleasure and satisfaction –

Another classic from PHD

The Pliocene as an analogue for near-future climate change?

In 1958, atmospheric scientist Charles David Keeling installed an instrument at the Mauna Loa Observatory, in Hawaii, designed to measure the average global concentration of carbon dioxide (CO2) in the atmosphere. Little did he realise at the time [...]
Stratigraphy.net | Impressum
Ads: