Dear Colleagues and Friends, we are pleased to announce that the 6th  INQUA International Workshop on Active Tectonics, Paleoseismology and Archeoseismology will be held in Pescina (Abruzzo, Central Italy) in the period 19 – 24 April 2015. We [...]

Fans of palaeoart will have kept up with the various interviews I have done over the years with a wide variety of artists who favour the realm of long-dead organisms. Today, however this is more directed to the specifics of the big new book in this [...]

5/22/14 From Shanghai we flew into Wuhan, Hubei province in central China, met by my host Dr. Guangming Hu who had been a visiting scholar in my department in 2013. Soon we were in a van heading to the Three Gorges Dam.  We traveled through a [...]

No, THIS is the biggest dinosaur!

Stop the presses. There is literally a new record-breaker on the block. Bigger than Argentinosaurus. Possibly bigger than even Puertasaurus, Ruyangosaurus and Alamosaurus. Some of these new giants (yes, there's a whole herd of them found, in VERY [...]

Wooster’s Fossils of the Week: “Star-rock” crinoids from the Middle Jurassic of Utah

This little slab of crinoid stem fragments comes from the Co-op Creek Member of the Carmel Formation (Middle Jurassic) exposed in northwestern Kane County, Utah. I collected it with my friend Carol Tang as we explored a beautiful encrinite (a rock [...]

Toledo, Ohio Meteorologist Ross Ellet got a real shock while talking to students at Star Academy Charter School last week. He’d been asked to talk to the students about weather and science, but he got a question that left him totally stunned. [...]

The Sea Level Research laboratory in the Department of Geosciences at the University of Rhode Island is looking to recruit a PhD student to work on an NSF funded project focused on paleoseismology of the Cascadia subduction zone. The project … [...]

The current version of the active faults of Greece map (GreDaSS project) is available for downloading in A0 format from here.

The Z Fold of Ogden Canyon 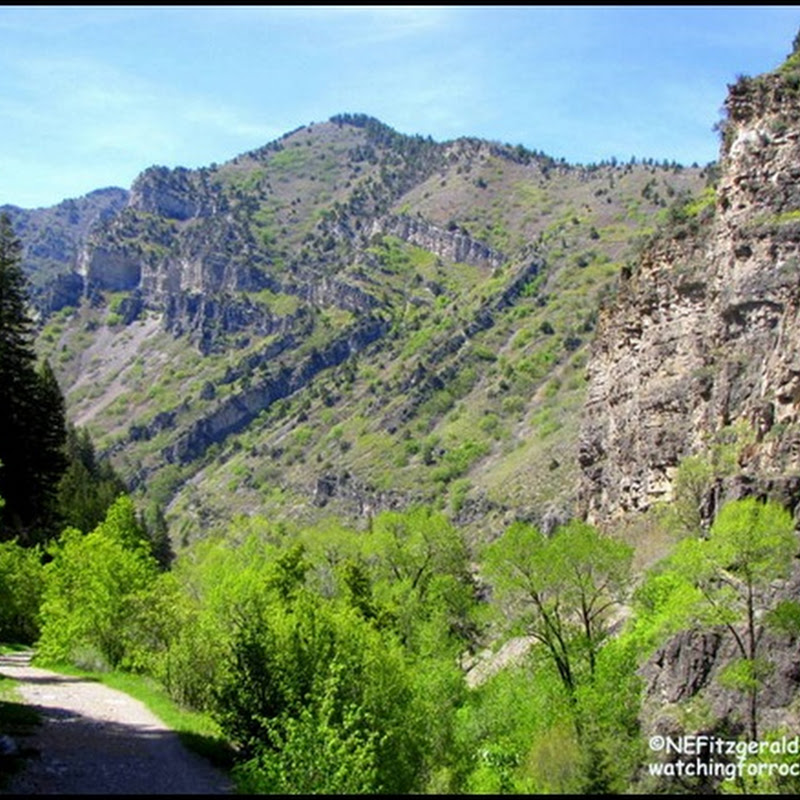 My original plan was to spend a few mid–May days at Antelope Island state park in the Great Salt Lake and hike Frary Peak, the highest peak on the biggest island in the largest saltwater lake in the western hemisphere. However, cold windy weather [...]
Stratigraphy.net | Impressum
Ads: