Yuck, at least the garden soil became workable, so I have been busy.  I took the tomatoes out for the day, but now they are back under the lights for the next week.  I was going to stay away until I read something intelligent in the news, but I [...]

This beautiful specimen is Protoaster Haefneri, a new species of edrioasteroid, an extinct lower Cambrian genus of echinoderm from the Kinzers Formation of York County, Pennsylvania.The specimen was found by and named after Chris Haefner, and is [...]

Another year, another Manchester marathon, another perfect day with perfect cool, still, cloudy weather and perfect organisation, another PB, shaving 89 seconds off the time I managed last year. A lengthier blog is posted here for those who are [...]

Back in McMurdo Station

The Antarctic field team returns to humanity, showers, and hot

By Jayme Schlimper, Overnight Program Manager and Curator of Education Collections HEY EVERYONE LOOK HERE I HAVE SOMETHING SUPER IMPORANT TO TELL YOU! Xplorations camps at HMNS are no more! Just kidding! Did I scare you? Don’t worry we’ll still [...]

Tales from the Semi-Super-Bloom Tour, Part 1: The Mojave Desert and El Paso Mountains

A lot of excitement has been generated this year with the plentiful precipitation in the California Desert and the resulting "Super-Bloom". Mrs. Geotripper and I didn't want to totally miss out on the sights, but we didn't want to be in [...] 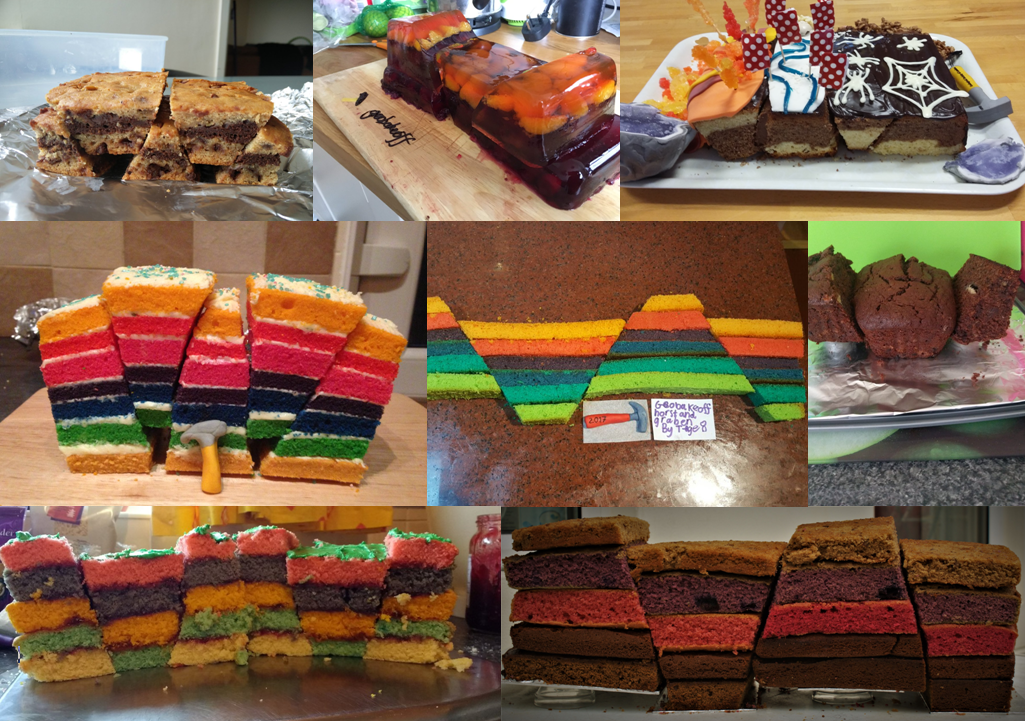 Easter is nearly here, which can only mean one thing....The return of the Great Geobakeoff! Continue reading →

Reference When Ottawa says they are breaking records for snow, they aren't breaking this record. The world the Selkirk settlers knew was a cooler one than our own. They were living in the Little Ice Age, the interval between the 1450 and 1850 [...]

A Volcanologist in the South Island of New Zealand

This year I have been lucky enough to land some field class teaching time in New Zealand. The trip is an existing course for Level 3 BSc Geography students which visits the South Island. As a volcanologist this was a little daunting given that the [...]
Stratigraphy.net | Impressum
Ads: